News from the Little SIG 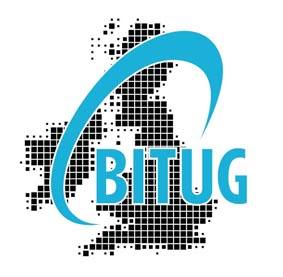 On 22 June 2021, BITUG held their popular ‘Little SIG’. This is a single-day event specifically targeting the UK NonStop community, and usually includes a number of customer and vendor presentations as well as the latest HPE Roadmap.

Normally held in person in London at end of the year following the TBC, this year we decided to hold it in in the middle of the year as a virtual meeting with a view to holding an on-site BIG SIG at end of year when travel restrictions due to the pandemic were expected to be more favourable.

The event was well attended for a virtual SIG, with nearly 100 attendees  ‘logged in’.

We had a number of presentations provided by our vendor community being able to utilise Zoom ‘breakout rooms’ allowing us to run multiple presentations simultaneously and allowing attendees to choose which presentation they wanted to listen/watch.

We also had a very well-received plenary session provided by HPE, Continuum, and 4Tech on building a vNS System on a shoe-string budget. 4Tech wanted a new Development-only system but only had a limited budget being a small organisation. What they showed was that with the easier VMWare deployment provided by HPE, if you did not require a 4 x 9’s fault-tolerant system, you could actually build a VNS system just utilising some used ProLiant Servers and other components (e.g. RoCE cards) easily found on eBay etc for around £10K-15K (not including the NonStop Software itself) Affordable NonStop by anyone’s standards

Lunch was sponsored by comForte and due to the SIG’s virtual nature, comForte kindly provided the first 60 registered attendees an Uber Eats voucher so they could get a nice lunch delivered to their own house/premises.

After lunch HPE provided an update on the latest Software and Hardware roadmaps including the new NS4 and NS8 systems now being delivered.

In fact, as a first for BITUG, we were able to record most of the sessions and these can now be seen by all, via our new YouTube Channel.

On behalf of BITUG Committee, thanks to all our sponsors and attendees on making it a great event and keep an eye on your inbox after summer for news of our in-person BIG SIG in London in December.