By removing the barrier of distance, the Internet has transformed how we obtain information, make purchases, and conduct business. It has enabled HPE to bring together the best and brightest engineering talent, regardless of location, to produce the world class availability and integrity that defines NonStop computing. One could say that the distributed capabilities of the NonStop system are reflected in how the engineering staff work through connections spanning the globe. To borrow from a famous quote, the sun never sets on NonStop engineering!

NonStop has seen a tremendous evolution throughout its history. Taking a moment to reflect on that, the core hardware has seen migration from the original in-house CISC design to RISC (both MIPs and Itanium) to x86 and, most recently to virtualized hardware. This reflects another hallmark of NonStop: adaptability to changes in the industry and customer needs. Like distribution, this adaptability is also reflected in the way NonStop engineers are notable for their ability to smoothly adjust to changes in hardware, work environment, and even the many challenges faced by the world during the coronavirus pandemic.

Let’s take a virtual journey around the world, stopping along the way to meet with some of the key NonStop engineers. Our first stop will be in Austin, Texas where NonStop SQL/MX engineer Javier Dupond calls home: 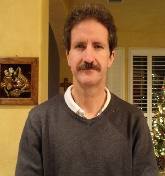 Javier has been working with NonStop since 1996, always in work associated with SQL/MX. He worked initially in the design and development of Rowsets, the Defaults table, constants folding, compound statements, the explain statement. He also worked in the connectivity area (the MACL interface, OSS driver, ODBC, JDBC and MXDM).

Javier had this to say about being in Austin: Austin is a great place to live and work because it has so much dedication to healthy living. It is one of the most active cities in the nation. Most of the people here are very friendly and well-educated (Austin is home to the main campus of the University of Texas). For those that love music, Austin is a great place too. There are an incredible number of live music venues and there is a great music festival every year.

Although Austin is home to a primary NonStop engineering site, Javier has been working from home for some years, so that meant no big changes for him in adjusting to the pandemic. For him, working from home is great. It saves a lot of driving time and gas. It is also another way in which HPE contributes to the communities it is a part of because their support for telework means less congested highways, fewer accidents, and less pollution.

As for hobbies, Javier really likes long distance running. He has completed about 15 marathons officially and even more unofficially. He has literally run thousands of miles in Austin, Cedar Park and Georgetown (both nearby towns to Austin), so he knows these areas well. Two of his marathons were run in Boston, where one must first qualify by running a fast time in another marathon.

Our next stop will be at one of the newest facilities for HPE in Fort Collins, Colorado, home to Ken James. 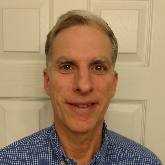 Ken worked for many years doing power, analog and digital circuit design, joining NonStop in 2001 to help with S-Series CPU board development. Even though he has been doing software development for NonStop since 2008, from time to time, he is living proof of the flexibility and broad skill set of typical NonStop engineers as he often gets to put his hardware hat back on and contribute his expertise toward delivering the superior hardware that is the foundation for NonStop. Recently, he helped a customer to select a power distribution unit and then was able to test out the product at the HPE site in Fort Collins. He has also helped with diagnosing customer power supply issues, and has helped with electronic component substitutions when manufacturing runs into end-of-life parts. But most of the time, Ken has been helping to keep the NonStop OS migrating forward so it can run on newer hardware and virtual platforms. Ken loves to hike, write and play music, and build things from scratch. 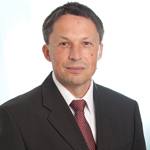 Our virtual journey continues as we leap the pond to Austria, home of Franz Koenig and leader of the NonStop Advanced Technology group (ATC), a key component of the broader NonStop engineering activity. Franz had the following to say:

Innovation is about generating customer and commercial value from inventions. The ATC team supports and augments three lifecycles to achieve best outcomes from innovations: the customer, product and partner lifecycle depicted below. 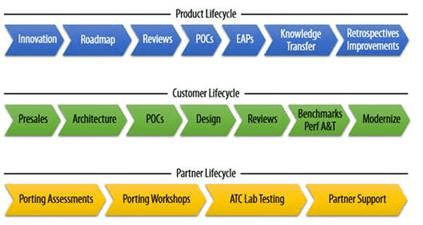 The ATC team has members on three continents spanning many time zones. While all ATC members are strong technologists by education and have exceptional career passion with vast NonStop experience on architecture, database, modernization, middleware, DevOps, performance & benchmarking, they go well beyond the original charter by, among other things:

Continuing eastward, we cross over the Pacific and arrive at the San Jose, California headquarters of HPE and NonStop engineering, the base for many NonStop Engineers, including Jim Hamrick. 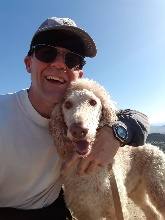 Long before Covid-19 made social distancing a sound practice, Jim Hamrick was working long distance from his colleagues in the San Francisco Bay Area by being a full-time telecommuter for over 20 years.  During that time he was worked with the InfiniBand Trade Association to help define the InfiniBand specification, and developed multiple generations of cluster interconnect software interfaces for the NonStop product line including the IT-API and more recently the NCSL interface used to communicate between NSK CPUs and CLIMs.  Jim has also been involved in the development of the software of the CLIM since its inception, and created the original design for the CLIM hang detection mechanism.  Since the pandemic started he has had his attention turned toward investigating new cluster interconnect technologies for possible use in future NonStop products.  Jim is an avid hiker who likes to spend his weekends traversing the trails around his home base in Murrieta with his two Standard Poodles, Chips and Salsa. 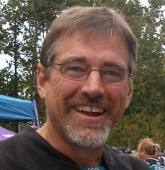 Scott Harline is another headquarters-based engineer. One could say that Scott is continuing a family tradition: The Harlines have been part of the NonStop family since the mid 1980’s. Scott’s mother was part of the QA Team for the X.25 product (28 years after she retired, Scott found and fixed a bug in the programming… sorry Mom!). Hiring on in 1992, he caused some double takes, as his identical twin brother was already Tandem’s corporate photographer. Working mostly with Expand, Scott has also contributed to the NonStop message system, clustering, QIO, and the aforementeiond X.25. An Eagle Scout and avid outdoors enthusiast, he volunteers with his local Scout Troop and has competed multiple times in the Wildflower Triathlon.

Never standing still for a moment, the ranks of NonStop engineering is constantly being refreshed with student interns and new engineers bringing fresh ideas directly from colleges and universities around the world. Marc Paloma is a prime example of students who started as interns and grew into key positions within the engineering department. 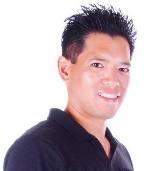 Marc joined the NonStop family as a summer intern in SNAX (SNA) development working on K-Series systems. While in the SNAX team, Marc was called on to travel to Stuttgart, Germany to help a NonStop customer troubleshoot NonStop K-Series to S-Series migration issues at a world famous maker of high performance sports cars. Marc moved on to work in the Expand and SLSA Network development groups developing code to configure and manage ATM3SA, CCSA, E4SA, FESA, GESA, and G4SA networking adapters (being able to rattle off a plethora of acronyms was a job requirement!). Since then, Marc has moved to the OSM development group where he has worked on manageability software to monitor and update the software/firmware on the DL360 G2/G5/G6/Gen8/Gen9/Gen10 CLIMs. Currently, he is working on manageability software to monitor the health of various UPS, Ethernet, and InfiniBand Switches within the NextGen NonStop environment as well as working on VMware Deployment Tools for NonStop. Marc enjoys practicing mindfulness, yoga, biking, listening to music, playing the ukulele, and BBQing on his prized grill. 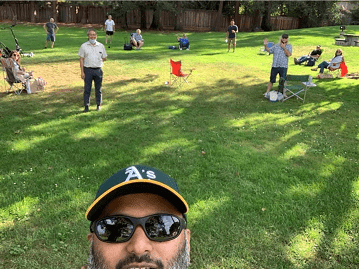 One of the great benefits of working for HPE is “Wellness Fridays” in which a portion of one Friday a month can be used for whatever purpose an employee may come up with. When the HPE San Jose offices were closed due to the pandemic, some of the NonStop folks used the HPE wellness days to meet up at Portal Park for socially distanced picnics. Curt Stavang, from the Manageability team helped organize the events and setup reminders and sent out invites to the team. Always part of the family, even a few retired folks were able to join the picnic as well. Apart from distancing, everyone got their own snacks and drinks to minimize contact. It was a fun event that enabled folks to catch up with each other and find out how everyone was doing in general. Given that the pandemic has changed the way we fundamentally work and collaborate, this was a good opportunity to meet everyone after many months. Socially distanced picnics may become the new norm to replace hallway and watercooler conversations!

A key strength of HPE NonStop has always been the quality, diversity, adaptability, and perseverance of the engineers that come together to create it. As we have seen in our virtual journey, Hewlett Packard Enterprise has leveraged the Internet and strategically located centers of innovation to defy the pandemic and bring together the best engineering talent from around the globe to continue to create the hardware and software that make up the product recognized the world-over for availability and integrity that we call NonStop.