With his opening words, “It’s not where we are headed but how fast we will get there,” the boss of all things NonStop, Jeff Kyle, set the tone for the latest NonStop Technical Boot Camp (NonStop TBC 22). “We are a platform and not a server; the platform we are perfecting for mission critical applications. We create the data and we transact the data!”

Among Jeff’s opening slides happened to be one titled, “The Data Realities of Digital Transformation” where the business objectives couldn’t be misunderstood: “Unlock the value of data; Accelerate decision velocity; Deliver innovation with agility.” If you were among those who were not present for this event then see what you’ve missed!

As the first in-person event post pandemic it had it all and about the only thing we can add at this point is that whatever it might take, make sure you plan on attending this event when it comes around next year. It will be on my home turf in Denver, Colorado, and considering it will be held in September it will not just be a Colorful Colorado you will witness but a Colorful Connect that cannot be missed. 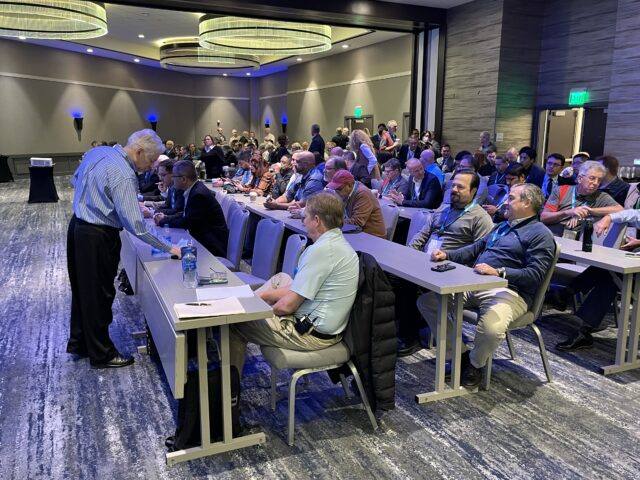 As we return to in person events at a time when recession fears are mounting it was good to see as big a turnout as we all witnessed. The opening keynotes attracted a standing room only crowd and that was perhaps one of the biggest highlights of the year and the NonStop vendor community was quick to tune into the quality of the presentations that followed.

“The disappointment of a low user turnout for NonStop TBC 2022 was countered by our delight in connecting with the NonStop community in person again,” said TIC Software President, Phil Lye. “We took the opportunity to embrace more quality time with users, customers and partners to catch up on ideas and challenges.”

This sentiment was echoed by the observation that came from former ITUG Board Member and today, the Manager – NonStop Systems Programming at Navy Federal Credit Union who said, “As always, it’s great seeing colleagues in person and catching up with vendors on the latest NonStop technologies, the event had good content around the topic of security and resiliency from both users and vendors.” With decades of experience participating in community events, Kelvin then said, “Although the user attendance was light, this event felt like a rebuilding year, and I’m hopeful that next year will bring more users to the conference. I look forward to seeing folks at next years’ NonStop Technical Boot Camp.”

This was a common theme among executives of those NonStop vendors who supported the event. Much the same was heard from ETI-NET and TANDsoft principals. “’After two years of the pandemic, it was nice to meet again in person and have a chance to chat with customers, HPE, and partners,” said ETI-NET COO, Sylvain Tétreault.

“It quickly became clear to us that the dynamism and enthusiasm are still very much there across the NonStop community and you can feel the excitement about the future of NonStop; it was palpable as it was real. Like our colleagues among the NonStop vendor community, we are certainly looking forward to the next NonStop TBC in Denver where again, we will see the continued progress of our customers and yes, of HPE NonStop as well.’’

When it came to the observations made by TANDSoft Principal, Jack Di Giacomo, “Connect got it right; organizing very nice meeting venues, stocked with delicious food and drinks, allowing the customers, vendors and HPE a perfect forum to meet new NonStop people and rekindle old friendships.”

As we heard from other executives present at the event, Jack reiterated the sentiment of many when he said he was “looking forward to meeting, learning and exchanging ideas with all of our amazing NonStop friends while admiring the majestic views of ‘The Rockies,’ next year in Denver.” 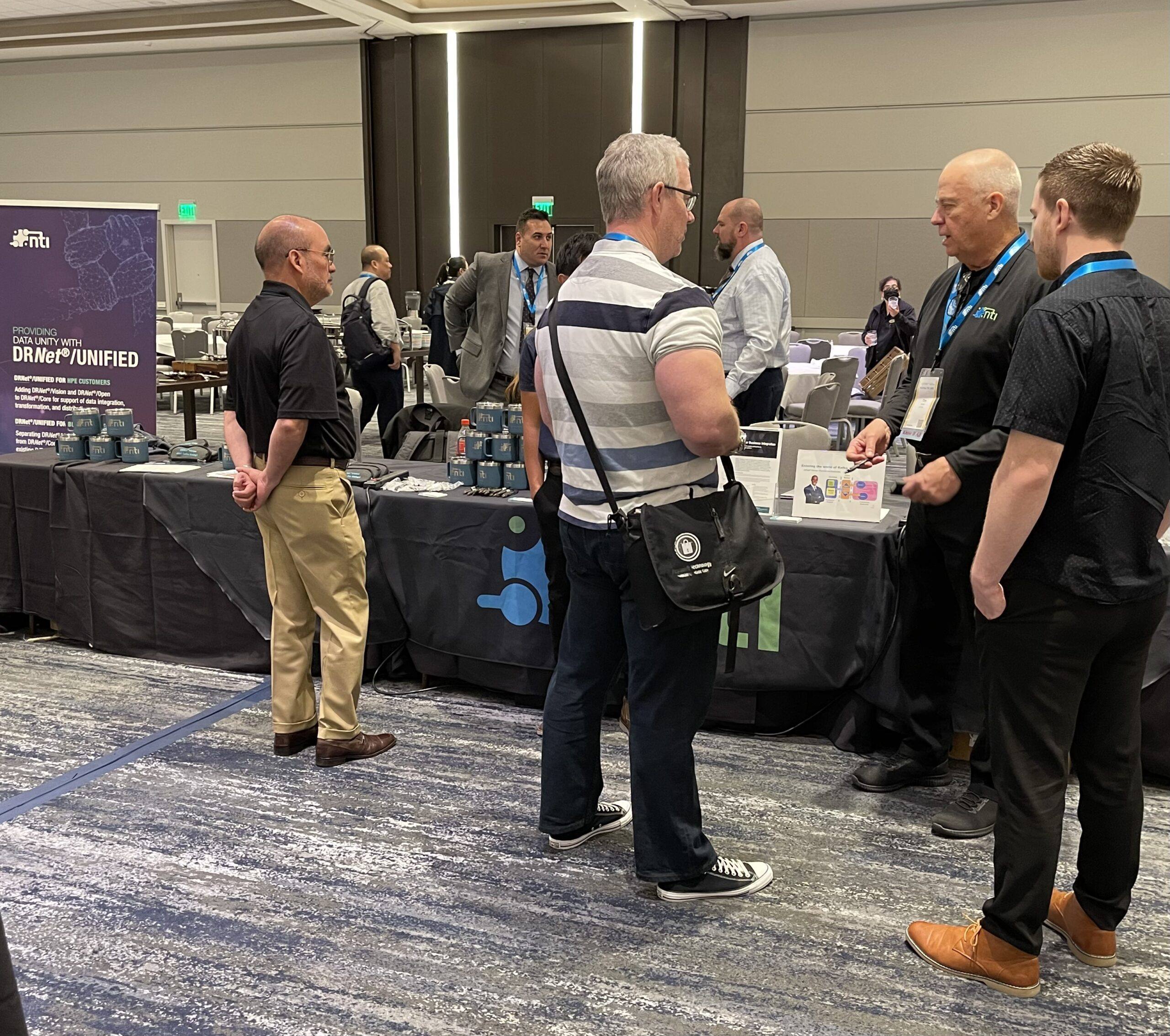 For the majority of vendors there was a steady stream of interested parties prepared to stop by the vendor tables for a conversation. The traffic ebbed and flowed as it normally does at these events but even so, the quality was once again, greatly appreciated and the Connect team needs to be congratulated for ensuring all breaks in the agenda led to attendee traffic passing by the vendor displays.

“Had TBC 2022 only satisfied one objective among many, restoring the sense of community absent this past year or so,” said Tim Dunne, NTI’s Global Director Worldwide Sales, “then NonStop TBC 2022 delivered and then some!” Yes, you guessed it; if you weren’t in attendance you sure did miss the audible buzz that arose every time the event’s attendees moved onto the exhibition floor. But of course, there is next year and

“With TBC 2022 done and dusted and with expectations vastly exceeded,” added Tim, “NTI now turns its attention to 2023 where customer satisfaction, growth of the NTI community and preparations for TBC 2023 in Denver take center stage. And of course, we need to add that none of this would be possible without the continued dedication of the Connect team that clearly demonstrates their commitment to the NonStop community.”

Perhaps the best comment that came from the exhibition floor was that from CSP General Manager, Henry Fonseca. “It was great to come back to TBC this year. We always look forward to greeting old friends, meeting new people, and building new relationships. We know that many others could not attend due to external factors, but you should start planning for TBC 23 in Denver, CO. You won’t want to miss it.”

If you have missed the common thread coming from all those who provided feedback as the event unfolded then it can be summed up in just two phrases; those who missed this year’s event truly did miss an opportunity to hear the story of NonStop as it is unfolding and yes, it was good to be back to in person events after a very long time of little more than tuning into sessions beamed to our workstations. As we all know there remains no substitute to in person gatherings of the NonStop community.

“It was always going to be a challenge to get the first real large-scale international event off the ground, and the Connect team did a superb job. It really proved there is still a strong appetite for in-person events and gives us all faith that we will see such events becoming a normal part of life again,” said TCM Managing Director, Daniel Craig. “Also, I have to say, the quality of the sessions this year was very high which no doubt contributed to the turnout. TCM is very much looking forward to NonStop TBC ’23 in Colorado, and of course the eBITUG before that in May of next year.” 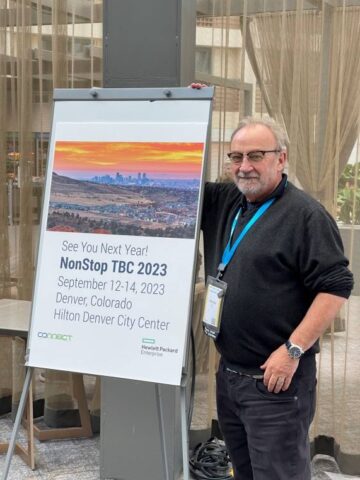 It is in closing that I have left it to TCM Technical Director Collin Yates to sum up much of what others have been relating in this post. “For me personally, I just liked the fact we could meet people face to face again. Not only did it give us a chance to catch up with people whom we had not seen for a long time in person, but also to put a face to name to a number of contacts (especially HPE) that we had only met over Zoom/Teams in former times,” said Collin.

“I think it shows that while yes, you can technically run a virtual event, it is simply not the same – the face to face networking is vital for business and to the development of better relationships. And as we all heard first hand, you don’t get or are able to judge someone’s body language for instance over a Zoom call! And with the next major event to be held nearby, TCM is really looking forward to a successful Edinburgh event, May 15-17, 2023.”

As for Margo and me, work has already commenced on plans for 2023 with events in Edinburgh and Denver and from all that we experienced this year in Burlingame, these are going to be events that simply can’t be missed. NonStop TBC 22 is firmly behind us but as to the future, it will be all about the continued journey to modernization and data that contributes to our digital transformation, and the expansion in living in a world that is increasingly virtual. See you all there!