The maximum speed limit in Texas is 85 mph.  Maybe not everything moves fast in Texas, but cars and trucks certainly do.  Perhaps it is just due to the geography.  There is a lot of area to cover in the vast state of Texas. It is the second largest state in the Continental US, although Alaska is 2.2 times larger by area, and Texas is second to California by population.  The GDP of Texas is $1.6 trillion, comparable to Russia, South Korea, Tokyo or New York City. 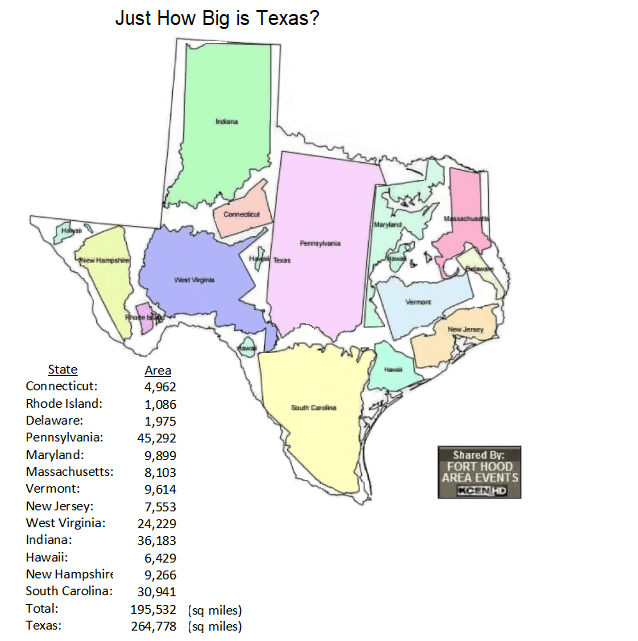 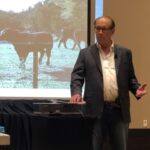 James (Jimmy) Treybig was raised in Texas.  He is the founder of Tandem Computers, which provided the roots for the NonStop Systems, the highest availability offerings from HPE’s Mission Critical Systems today.  Treybig attended Houston’s Bellaire High School prior to earning a Bachelor of Science degree from renowned Rice University, and then went to work at Texas Instruments.  Eventually he made his way to California, the area we now refer to as Silicon Valley.  He launched Tandem Computers in 1974, and grew it to a $2.3 billion company before turning over the reins in 1996.  By 1999, he returned to Texas.  He and his wife Drew live on a ranch near Austin, Texas, where Jimmy serves as a Venture Partner at New Enterprise Associates.

The Headquarters for Connect and many prominent NonStop customers representing a large variety of industries are located in Texas. 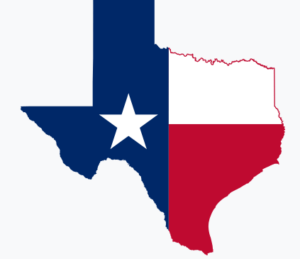 People are sometimes surprised to learn that there are more NonStop systems installed in Texas than any other state in the US.  In addition to the density of customers in Texas, there are also a significant number of disaster systems housed in remote data centers in Texas.  Thus, Texas is #1 in NonStop Install Base.

One of the secrets to Tandem’s early success was having an active and well-respected user group community.  Tandem management and engineers frequently leveraged input from customers to guide products and solutions.  There were multiple TUGS or Tandem User Groups in Texas, the most active being DRTUG, the Dallas Regional Tandem User Group.  Meetings were held regularly at the Tandem office, always on a Friday, culminating in a traditional Beer Bust. After Tandem was acquired by Compaq and then HP, the name was changed to N2TUG.  “N2” is shorthand for NTO, which represents North Texas and Oklahoma.  In reality, customers come from all over the state of Texas as well as St. Louis, Little Rock, Oklahoma City, Phoenix, etc.

Funding for N2TUG Meetings is provided largely by partners, who participate and present at the meetings.  The N2TUG Board is incredibly grateful for the generosity of the partners, whose contributions make N2TUG events truly memorable. 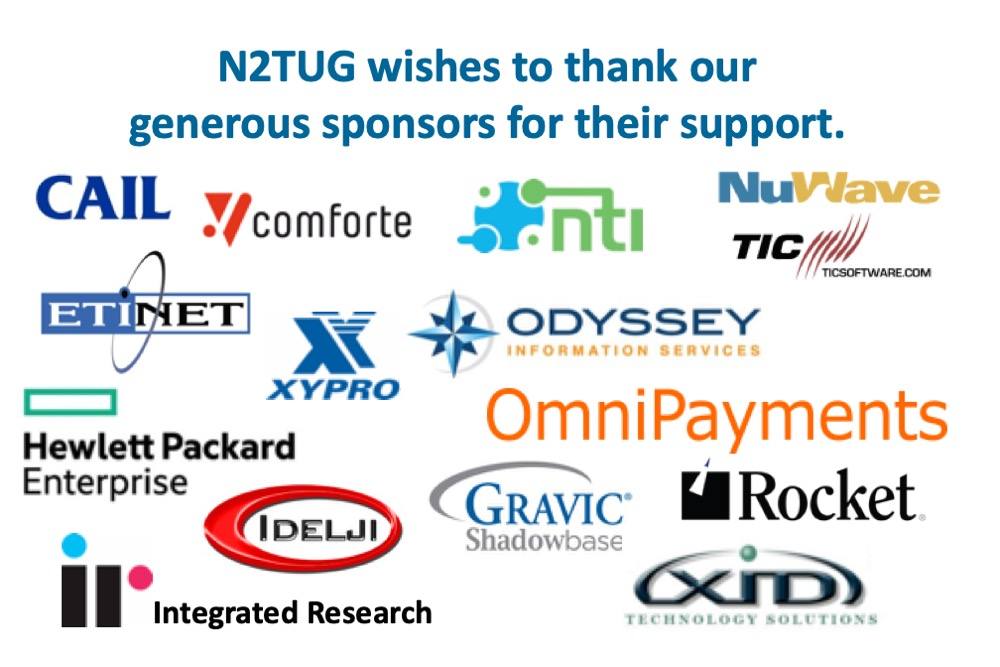 The annual N2TUG meeting is well attended; occasionally as many as 120 people participate with a high concentration of customers. Unfortunately, the traditional meeting is not happening this year due to Covid-19 restrictions.  Mini-virtual Regional User Group meetings, open to all RUG members (not just N2TUG) are slated for June.  The virtual events, for which details are still being finalized, will occur on 3 different dates with unique content on each day.

An in-person N2TUG Event will be hosted in 2021, if it all possible.

Traditionally, N2TUG Meetings include a full day of technical presentations interspersed with lots of food and opportunities for networking. Attendees get valuable information about new products and features from HPE, partners and occasionally customers who share their personal experiences with NonStop.  As important as the technical information is, perhaps the most beneficial attribute is the sense of community participants experience when collaborating with their fellow NonStop professionals. 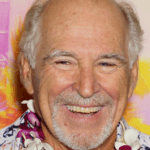 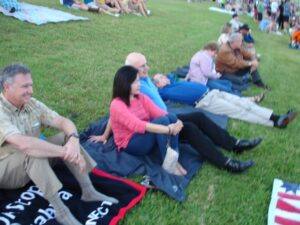 The day is capped off with some sort of leisure activity.  Sometimes there is a festive on-site cocktail party, but often the culmination is an event in itself.  N2TUG’s diverse entertainment has included partying in a suite at a Texas Rangers Baseball game, and solving the “Mystery of the Lonestar Murder” as part of a customized NonStop play.  At “No Laughing Matter”, a stand-up comedian managed to be truly funny without violating Standards of Business Conduct.  Perhaps the most momentous evening included “Lounging at the Lagoon” with a live performance by Jimmy Buffett.

In 2016, the N2TUG evening took on a more charitable focus, supporting the Make-A-Wish Foundation of North Texas.  Donations and a silent auction at the Cinco de Mayo party ultimately raised over $6,000 for the non-profit organization.  N2TUG guests celebrated when wish kid Luke learned that his wish had been granted.  He and his family were flown to Hawaii for a dream come true vacation that included a traditional luau and swimming with dolphins. 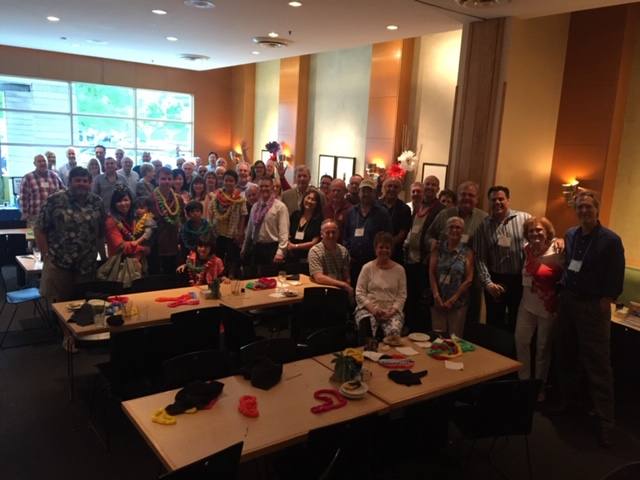 Over the years, N2TUG has hosted two Tandem Computers Reunions.  These events were well attended by both former and current employees, customers and partners.  Party-goers came from as far away as Hawaii and Florida to reconnect and relive the glory days.  It is difficult to capture the loyalty to which Tandem employees feel for the company.  Gaye Clemson, author of Tandem Computers Unplugged:  A People’s History, describes working for Tandem as follows:

“It doesn’t seem to matter how short or long it was, people who worked there, almost to a person, say it was the best place they ever worked in their professional careers.”

Customers and partners share a similar loyalty. Bill Honaker, Chief Technology Officer of XID Software, Inc. has devoted much time and passion supporting N2TUG.  For the past 15 years, Bill has served as President of the N2TUG Chapter of Connect Worldwide.   When asked about his dedication, Bill responded as follows:

“Since the first time I logged onto a NonStop system in 1979, I’ve been impressed with the elegance of the architecture, so I have always been an enthusiast.  My time spent as the N2TUG President has been worth my while because I’ve formed really good business relationships with other NonStop users throughout the Southwest, as well as HPE and other NonStop vendors from all over.  I really enjoy seeing when attendees learn something they can use in their daily jobs to help their companies.”

Much of the company culture that NonStop loyalists embrace originated with founder Jimmy Treybig.  Twice he has been a guest speaker at N2TUG meetings, where he enjoys an almost cult-like following.  Clearly, the meetings with the highest participation are the ones where Jimmy presents.  Texas prides itself on things being big.  The NonStop Community in Texas, with its many partners, large install base, wide variety of customers, active user group and home of its iconic founder, shares in this feeling of pride.