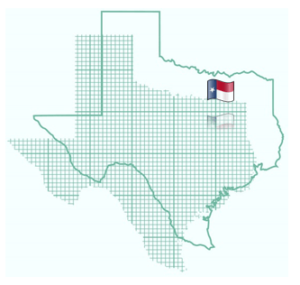 N2TUG held its 2019 meeting at the Gaylord Texan Resort in Grapevine, Texas this year on June 27th. Our theme for the event was “Devops for CI/CD: Deliver Changes with Confidence.” Devops, Continuous Integration, Continuous Delivery, and Continuous Deployment are technologies used throughout the IT industry to deliver changes from Development staff to the Operations team in a controlled, auditable manner.

Meg Watson, Master Software Engineer from the HPE NonStop Advanced Technology Center, took center stage after Ken’s report. She took us on a tour through the major Open Source components used in Devops, such as git for Change Configuration, Jenkins for automated build, test and delivery, Ansible for provisioning and deployment, and Artifcatory for managing artifact repositories. She also reviewed other add-ons, some that are specifically written for NonStop. Meg made recommendations for best practices both in general terms, and specifically within a NonStop customer’s environment.[/vc_column_text]

Next up was Jeff Boyer, Account Rep for Evening Event Sponsor, XYPRO. Jeff talked about the current threat environments that face all businesses today, highlighting their SecurityOne product’s strengths in helping customers stay on top of those threats in a timely manner.

Paden Holenstein of Gravic highlighted the status of the NonStop RDF product, now in a Mature maintenance level, and gave examples for ShadowBase replacements of RDF. He covered a number of common, interesting Use Cases of Shadowbase that are running in customer sites today, followed by highlights of upcoming features.

Our next speaker was a new sponsor this year. Rocket Software joined N2TUG as a Gold Sponsor. Charlie Jones highlighted their suite of modernization tools that can be used to convert existing NonStop applications with ease. The output of their tools is a NonStop application that provides the end user a modern interface, including access from mobile devices and the web.

Our morning ended with Vaman Palav of our Gold Sponsor OmniPayments providing an overview of their modern Payments switch running on HPE NonStop, both standalone and in the cloud. Their high availability solution provides fantastic performance rates of 5,000 TPS and feeds pertinent data to dashboards in real time.

For lunch, members enjoyed a Taste of Texas buffet in the hotel Atrium. There were a lot of lively conversations. Look at the pictures; it was a great environment for networking!

After lunch, Master Technologist Justin Simonds of HPE shared a thought-provoking look at the history of AI, Machine Learning and Deep Learning, including its relevance in the NonStop environment, including a few humorous anecdotes. comforte followed with 2 presentations in one. First, CEO Randall Becker of Nexbridge discussed the NSGit product, which acts as an interface between the OSS-friendly git product and components in the Guardian file structure such as Edit files, Enscribe files, POBJ files, etc. He also expanded on the reasons that devops implementations can enable your enterprise to achieve an improved time-to-market while still achieving the goals of compliance and auditability. Then, comforte Senior Vice President Earle Humphreys covered upcoming features for their other products.

Richard Buckle of Pyalla Technologies, Industry Consultant to NTI –our other Evening Event sponsor, was next. Richard shared NTI’s 4-tier strategy, based on their Change Data Capture technology that enables interaction between solutions running on NonStop and other solutions. Richard also shared some observations from his recent visit to Discover 2019 in Las Vegas, including exciting advances about Virtual NonStop ‘on the Edge’ and in ‘composable’ infrastructures, and how NTI’s products could help integration with those environments.

Ron Thompson, Vice President of CAIL, shared his company’s vision of how HPE Partners and key customer visionaries need to remind the C-level executives in the their enterprises of the real cost benefits of choosing NonStop for their solutions. Many of those executives have no experiences with NonStop and may not make the best strategy choices without a little help from those that are familiar with our platform! Gabrielle Guerrera, CEO of NuWave and Phil Ly, President of their partner TIC, shared some great examples of the use of their LightWave middleware to allow NonStop solutions to interact easily with other applications, using pervasive industry standard REST and XML technologies. Then Vishal Kudchadkar, the Lead Architect at Idelji, shared updates to their automated operations management tool, Web Viewpoint Enterprise, and the Remote Analyst product.

Director of Business Development Mirko Buzolitch at Gold sponsor ETI-NET covered a list of the latest updates to their BackBox Virtual Tape product. To wrap up our speakers for the day, Jim Bowers, Solution Engineer with IR, shared what’s new with their flagship product Prognosis, including new features such as EMS Insight, Live Canvas, and Intelligent Alerts.

For those attendees that were hearty enough to have lasted the whole day, our generous sponsors brought some fabulous door prizes, so drawings were held, and winners were cheered!

Finally, we moved downstairs near the big fountain in the resort’s Mission Plaza. As you can see from the attached photos, the libations and food choices encouraged more lively discussions, later into the evening.

Finally, we wish to thank all of our sponsors for making this event possible. In addition to the speakers mentioned above, we’d like to thank our Silver and Breakfast sponsor Odyssey as well as sponsor XID Software.

We’re looking forward to seeing many of you at Technical Boot Camp in Burlingame this November and of course, we hope to see you and your associates at next year’s N2TUG Meeting.