There’s been a lot of talk over the last few years about Kafka, but what is it, and how might it impact NonStop applications and data? According to the Kafka Apache project, Kafka is “the most popular open-source stream-processing software for collecting, processing, storing and analyzing data at scale.” Kafka is used by thousands of companies, including 60% of the Fortune 100. Well known users in the finance space include Goldman Sachs, Rabobank, Barclays, Jack Henry and PayPal, and household names that use Kafka include Netflix, Oracle, LinkedIn and AirBnB.

These organizations use Kafka to manage “streams” of data, which have become prevalent as internet usage massively boosts the amount of data being generated and needing to be processed. Kafka allows these huge volumes of data to be processed in real-time, via a combination of “producers” and “consumers”, which work with a Kafka “cluster” – the main data repository.

In the NonStop space it’s important to understand Kafka, and how we might easily integrate our NonStop applications, and their valuable data, with the Kafka ecosystem. There are a few approaches that allow NonStop data to be streamed to Kafka, including ODBC/JDBC, and the Striim product. This article will go into detail on a new product that achieves this goal in a highly performant and fault-tolerant manner.

uLinga for Kafka is the latest addition to Infrasoft’s uLinga product range, a solution suite that has been used by large banks, telcos and manufacturers to provide reliable communications infrastructure for many years. uLinga for Kafka brings the same performance, scalability and security and manageability to the Kafka space as users have successfully utilized within the other uLinga products.

uLinga for Kafka takes a unique approach to Kafka integration: it runs as a natively compiled Guardian process pair, and supports the Kafka communications protocols directly over TCP/IP. This removes the need for Java libraries or intermediate databases, providing the best possible performance on NonStop. It also allows uLinga for Kafka to directly communicate with the Kafka cluster, getting streamed data across as quickly and reliably as possible.

The following sections explain each of these use cases in more detail. 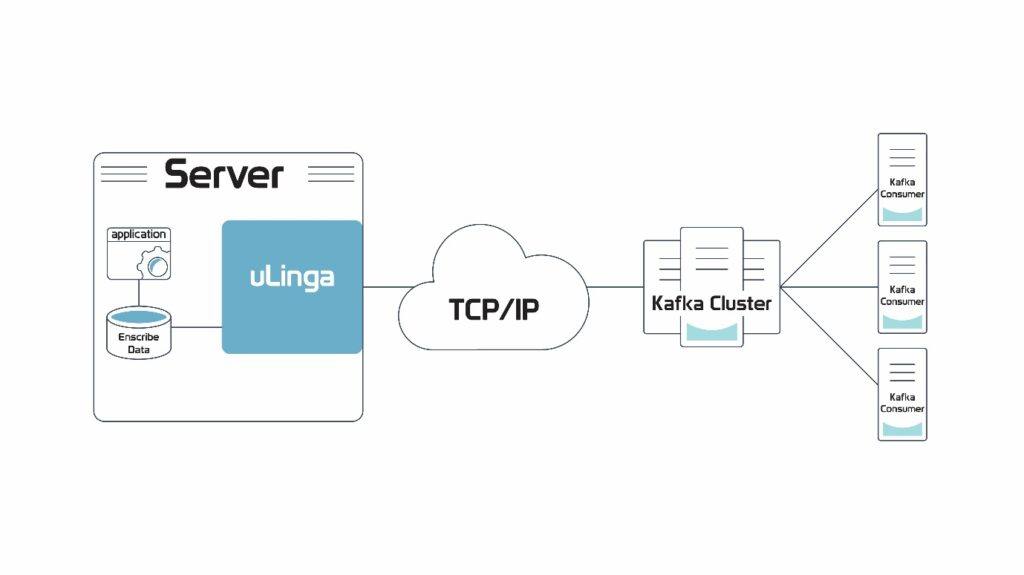 Applications can also explicitly send data via the Pathsend and IPC interfaces provided by uLinga for Kafka. This might be useful where specific data streams need to be generated and sent directly from the application. A Pathsend client, such as a Pathway Requestor or Pathway Server, simply sends the relevant data via a Pathsend request to uLinga. A NonStop process sends the data to uLinga for Kafka via IPC calls. uLinga for Kafka’s support for the native Kafka protocols ensures that this data will be streamed with the lowest latency possible. 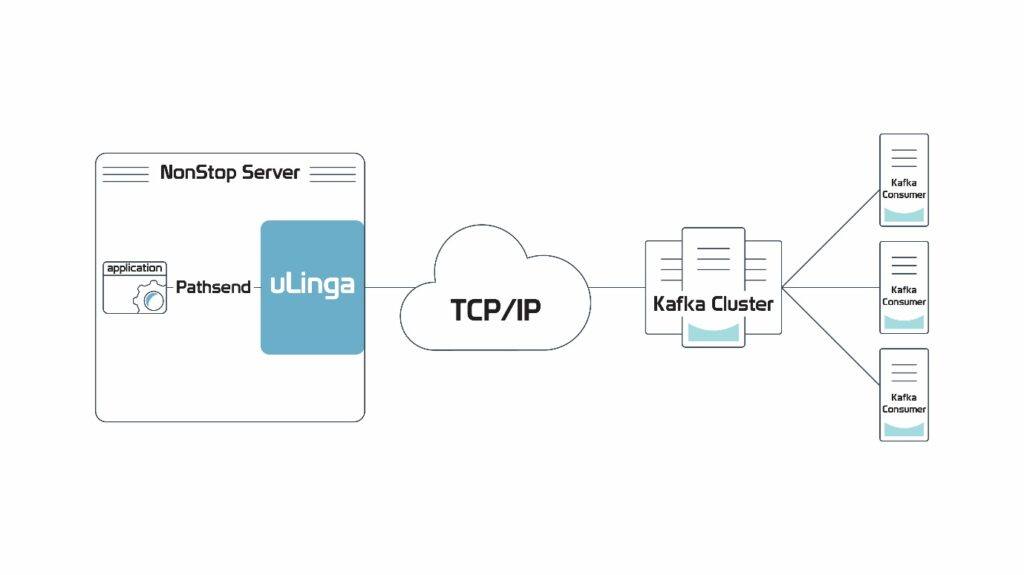 It can also be used to send any Enscribe files to Kafka, via utilities such as FUP. A FUP COPY command can specify uLinga as the output process, directing all data to Kafka. The command would look something like: 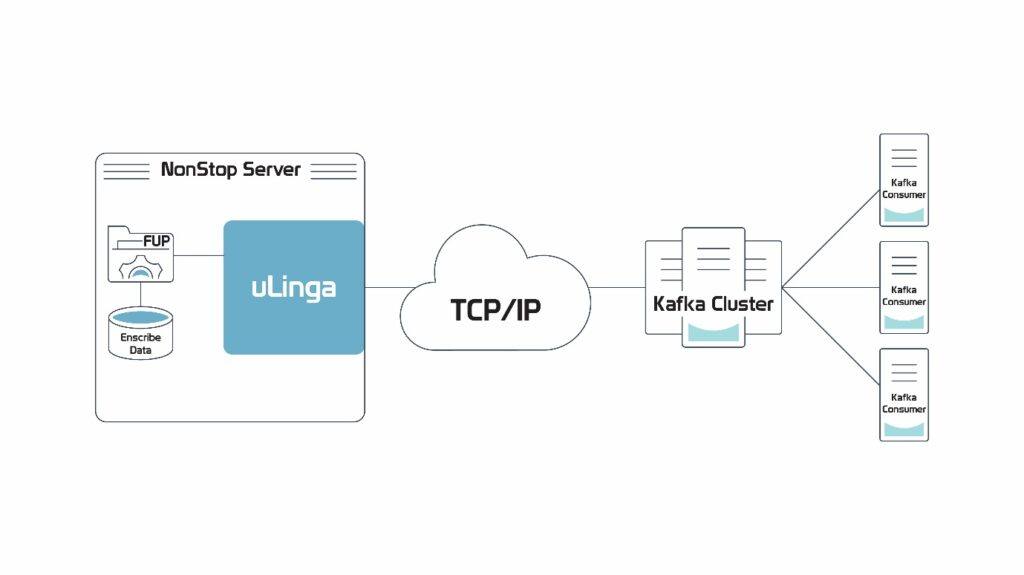 Fig 3. FUP Reading an Enscribe File and Streaming via uLinga

Another possible deployment is in conjunction with an API gateway, such as the new product recently launched by HPE. API gateways, with the central position they occupy within the enterprise, will often produce data that will need to be streamed to Kafka. Administrators of an API gateway, which of course is inherently REST-capable, might decide to utilize the REST interface into uLinga for Kafka – it’s simple, it’s well-understood, and it will work “out of the box” with a REST-capable client. 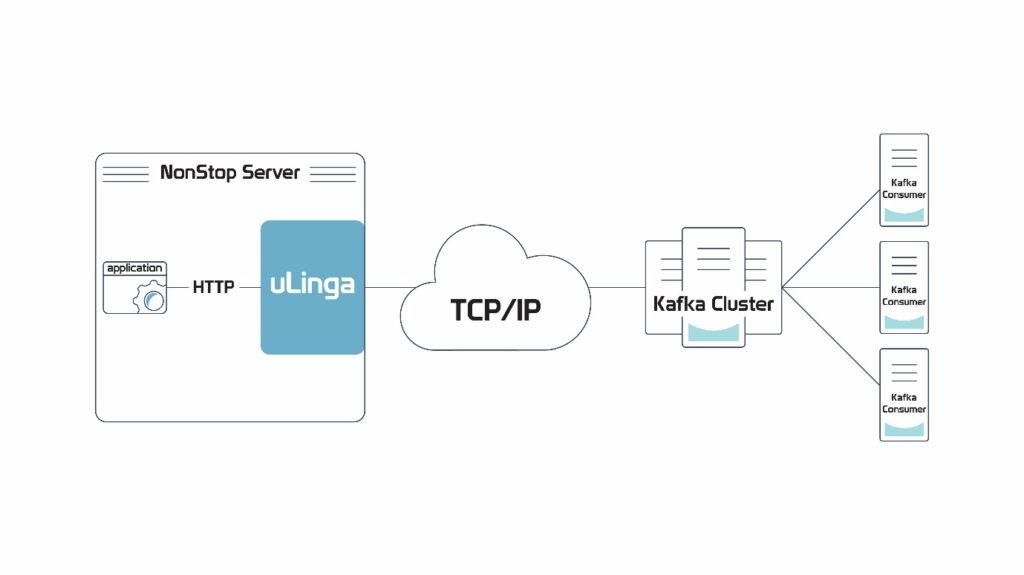 Fig 4. Streaming data from an API Gateway on NonStop

uLinga for Kafka, like all uLinga products, runs on other enterprise platforms, including Linux and Unix, and can provide these same HTTP/REST features to any type of HTTP client on any platform. 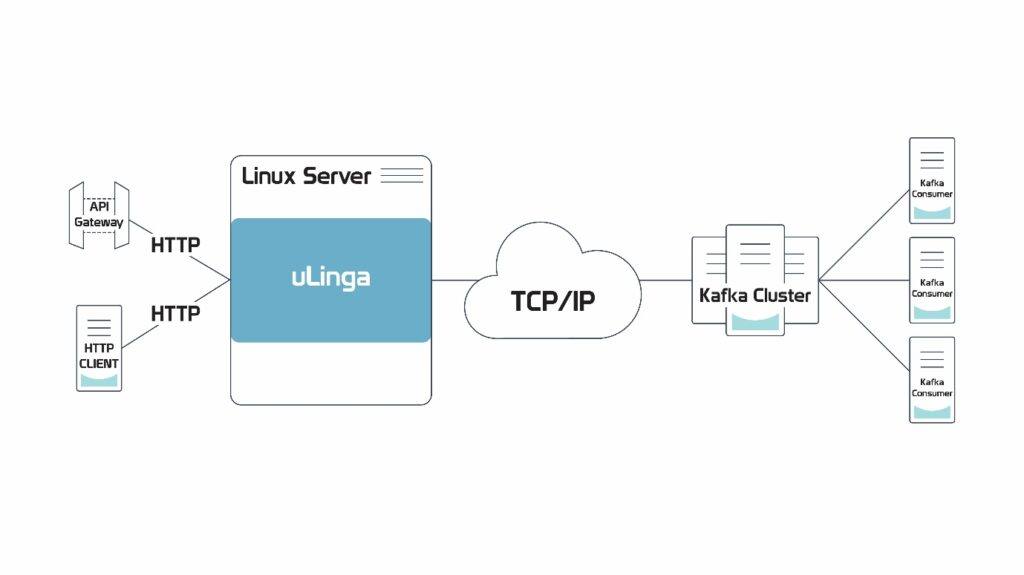 Fig 5. Streaming data from an API Gateway on other platforms

As touched on above, because uLinga for Kafka is written in C, and directly implements the Kafka wire protocols, it is not reliant on any additional software and we are seeing some excellent performance figures in our labs. Straight throughput of over 10,000TPS is easily possible. To look at the performance in another way, we’ve tested at a constant transaction rate of 100TPS, and uLinga for Kafka required approximately 1% of a NonStop X NS3 CPU to process that transaction volume. Latency is sub-second. Please note, as always, that performance can and will vary based on a number of environmental factors, and CPU usage is not linear with transaction volume.

uLinga for Kafka – What’s Next?

uLinga for Kafka is now available for beta test partners, so please reach out if you’d like to know more. We are adding new features to the product, and beta partners have the opportunity to help shape the product direction. We’re considering support for the NonStop Event Management Subsystem (EMS) to allow EMS events to be streamed directly to Kafka, and also for the Transaction Management Facility (TMF) to allow TMF audit trails to be streamed. There are many other potential features, so please let us know if you’d like to see a different data source or other feature supported.

We also plan to make uLinga for Kafka act as a Kafka Consumer, meaning that data in Kafka clusters will be easily accessible to NonStop applications. Once again, let us know if you’d like to know more.

uLinga for Kafka will be presented and demonstrated at TBC this year, so keep an eye on the program, or contact [email protected] for more information.