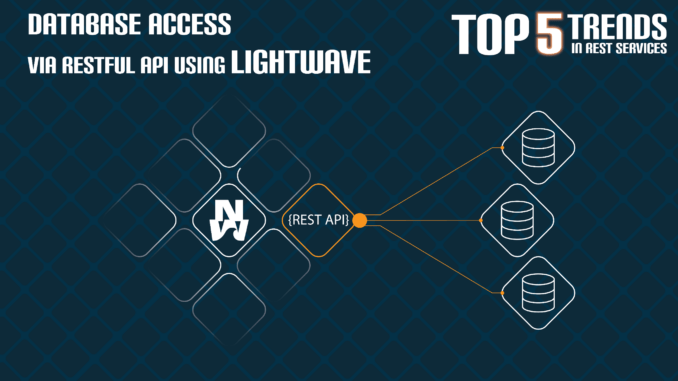 In an enterprise, there are many different data sources that are produced and consumed in many different departments. Instead of being tied to the proprietary access of each database, the use of a web service API will make integration with these myriad of data sources much easier. RESTful web services will provide a data access layer that’s more flexible and compatible with different applications, including mobile, web or cloud services. Many database vendors now provide access to their databases using RESTful APIs. They include Oracle, and MS SQL Server, the two leading databases in the marketplace.

This blog discusses the benefits of using REST, and how the LightWave product suite from NuWave enables NonStop applications to take advantage of data access using RESTful API easily and simply.

ORDS enables external client applications to access Oracle databases using RESTful API from any language environment, without installing and maintaining client drivers. This is especially important in the case of NonStop, where no native Oracle client driver is available. This enables the use of standard HPP calls (GET/POST/PUT/DELETE) via URI to get to the appropriate database and have data items returned in a JSON payload. The advantage of using REST is that it is simple and easy to set up, and it scales.

Microsoft SQL Server from Microsoft is the most popular relational database management system used in business organizations. Almost every user that uses NonStop also has one more instances of MS SQL Server running within the enterprise. In many cases, there is a need to exchange data between the NonStop applications and SQL Server tables. While there are already data replication tools available between NonStop and SQL Server, there is no native SQL Server client driver available for online transaction access from NonStop applications. However, Microsoft has introduced access to SQL Server via a REST API, which enables REST clients to easily access a database. This can be done by using Microsoft SQL Server Integration Services (SSIS), or by using Node.js.

So, we see that both Oracle and MS SQL Server allow REST cliens to access their databases. So what you need on the NonStop is the ability for an application to function as a REST Client.

LightWave ClientTM provides the ability to securely access REST services from your HPE NonStop. As SOA (service-oriented architecture) or APIs becomes widely adopted with NonStop customers and users, the necessity of integrating mission critical legacy applications with the larger enterprise has become more prevalent. LightWave ClientTM provides HPE Nonstop applications with the ability to act as a REST client and securely access REST Web services anywhere, on any platform or operating system.

Your NonStop application simply sends a formatted interprocess message to the LightWave ClientTM Process which handles all of the details of mapping the IPM elements to a JSON or XML message, exchanging the message with the Web service provider, and parsing the JSON or XML response into the reply IPM. The LightWave ClientTM process hides the complexity of the TCP/IP, HTTP, SSL/TLS, JSON, and XML protocols required to access REST Web services. 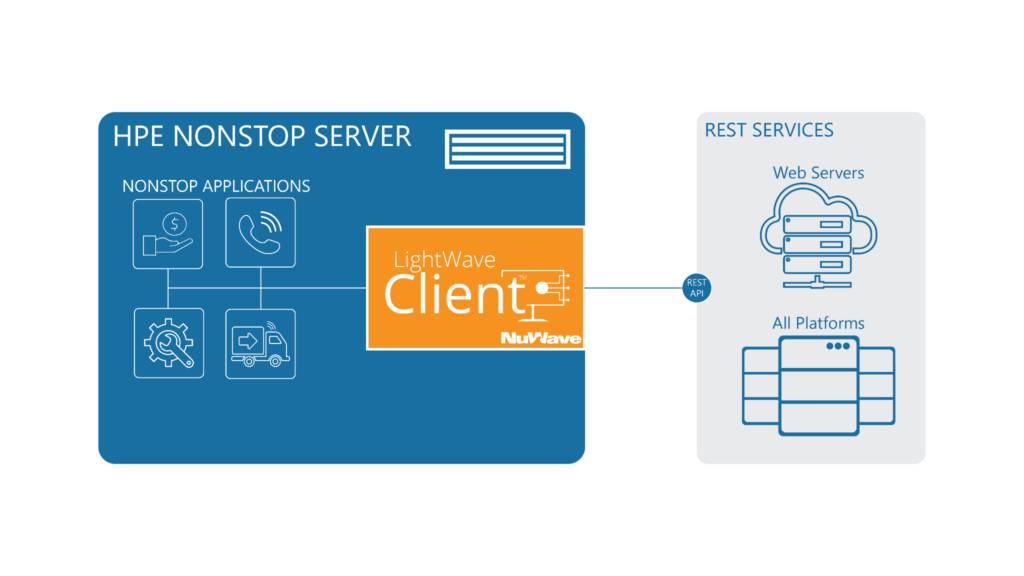 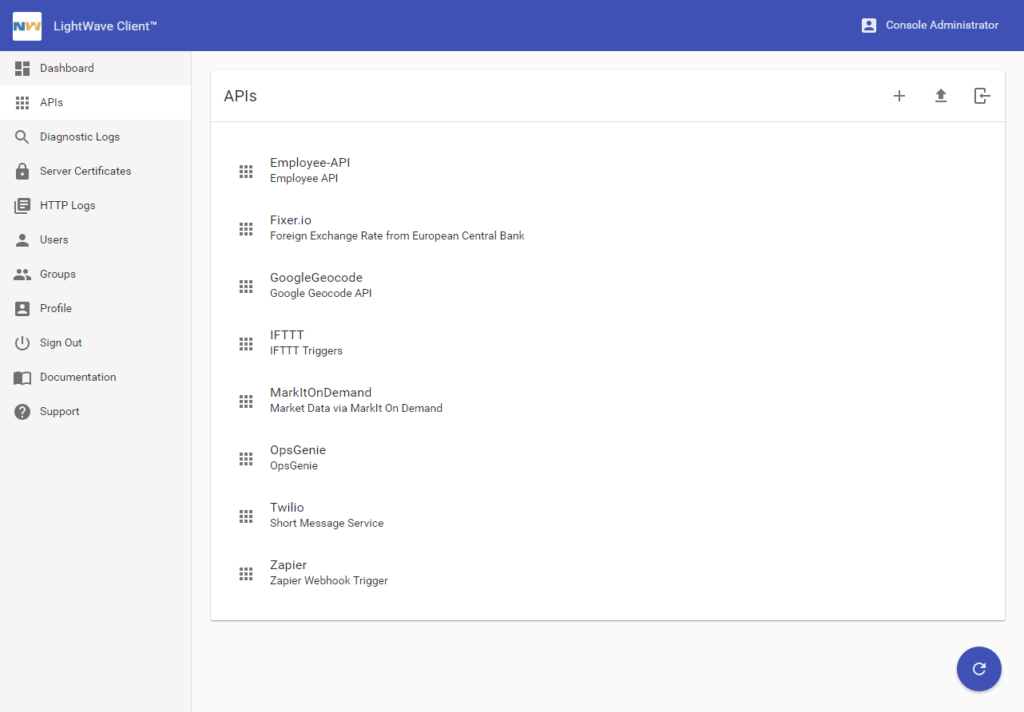 In addition, you can create an API definition by importing a Swagger definition, e.g. one from ORDS.

Once the API is defined in LightWave ClientTM, you can build applications to consume the remote RESTFul Web Services, including ones that provide access to Oracle or MS SQL Server databases. 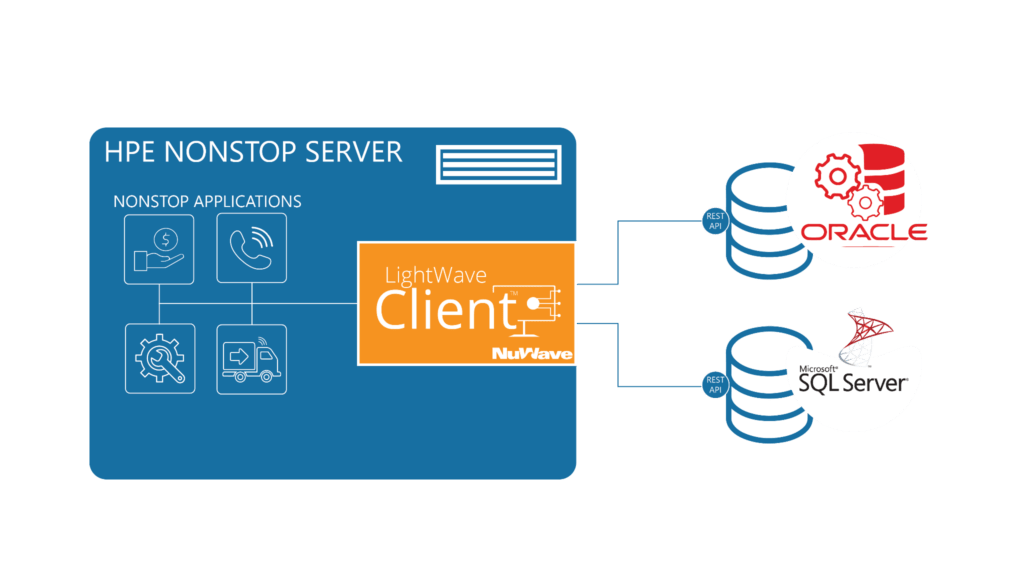