For anyone who has ever ventured into the surf rolling onto a beach, the presence of waves as they fade on the sand is obvious. They just come at you one wave after the other, or so it seems. But avid surfers know that these waves typically come ashore in sets with the first wave foreshadowing much more impressive waves yet to come. The origin of these sets can often be attributed to wind and as wind tends to gust rather than be constant, it is generally viewed as being the driver pushing those wave sets up the beach.

When it comes to technology in general, there are always winds present and with each gust, new waves of technology move forward. We often refer to these gusts as being the winds of change and so they are in most cases. When it comes to HPE and NonStop, there are times when external forces working together with the company’s overall direction determine the course of NonStop. When these winds sweep across all of HPE then it is a not totally unexpected reality that the course of NonStop will be affected as well.

In June 2019, at the annual HPE Discover event, Antonio Neri first unveiled the pursuit of everything-as-a-Service (XaaS) whereby the entire HPE product portfolios would be evolved in a manner that allow HPE customers to choose future products solely on the basis of XaaS, not as a replacement of traditional systems, but rather complementing these mainstays for many HPE customers.

Yes, you can continue to rely on HPE to deliver new products dockside, as and when you need them, but now you have the option of acquiring the latest products as a service. Our customers can also choose to do both if that better meets their business demands. As the most recent HPE GreenLake campaign highlighted:

There’s no need to choose between keeping your IT where it is or moving it all to the cloud. With HPE GreenLake you can do both and have the cloud come to you!
Literally, you can stay AND go at the same time

As part of this announcement Antonio made it clear that delivering the HPE product portfolio on the basis of XaaS will be a challenge and this is where GreenLake takes center stage and where HPE is aggressively pursuing a transformation in the economics of product purchases plays significant role in a client’s digital transformation of technology, people and processes. The message is clear; HPE’s purchasing solution is GreenLake. 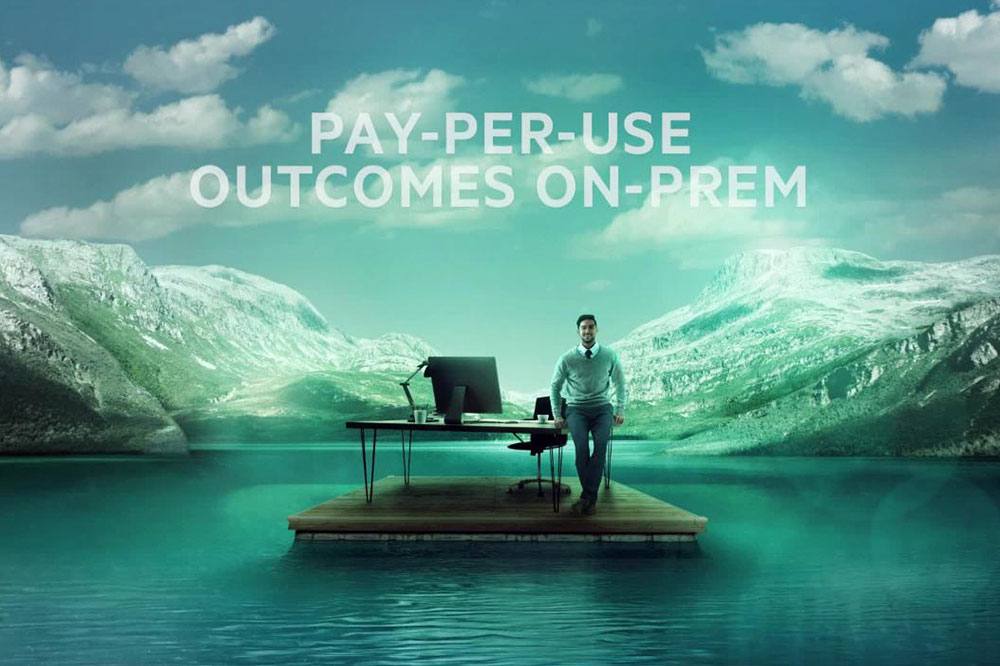 “The next wave of digital transformation will be fueled by Apps and Data everywhere.”

At first, GreenLake was being offered through HPE partners but with Antonio’s HPE Discover 2021 announcement, GreenLake is being expanded to include robust edge as well as infrastructure offerings. The goal of GreenLake is not to provide an alternate cloud offering, but rather bringing the cloud experience directly to HPE customers. It was also clear to HPE customers that with GreenLake, even traditional on-prem deployments could be financed on the basis of pay-per-use resulting in a better alignment between costs and business needs.

“Customers are looking for the agility and simplicity of the cloud, but need the flexibility and control of a hybrid business model – and increasingly want to consume IT as-a-service where we have a unique and differentiated value proposition,” said Neri. “This is why I remain more committed than ever to our edge-to-cloud platform as-a-service vision that addresses these evolving customer needs – and positions us to deliver long-term sustainable, profitable growth for our shareholders.”

Coming at a time when HPE was two years into our stated three year GreenLake program and, after only passing interest by the industry, we are now encouraged to see that there has been a marked upward trend in positive reviews. It has become a matter of record that we have understood the needs of today’s enterprises and of how we are catering to all three marketplaces – traditional, hybrid on-prem with cloud and multicloud deployments. Other vendors are being forced into playing catch up. 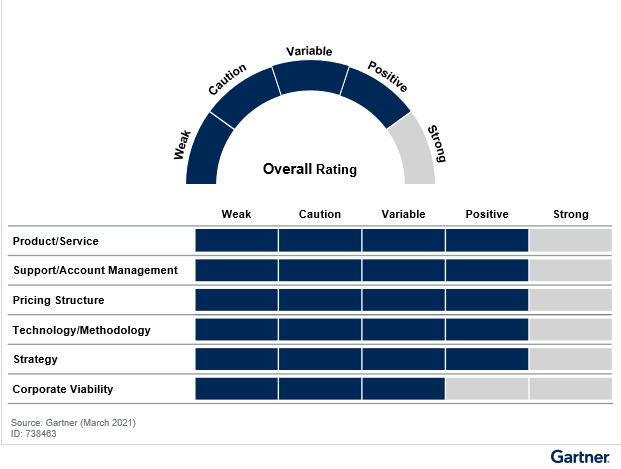 In a March 16, 2021 vendor rating of HPE by Gartner, there was no ambiguity as Gartner rewarded us with an overall rating of “Positive.” When it came to addressing GreenLake specifically, Gartner wrote:

HPE’s flagship platform-oriented solution, HPE GreenLake, is a consumption-based, as-a-service model, and the goal is to deliver, manage and service the entire HPE portfolio by 2022.

For the NonStop development team it has become apparent that NonStop customers were concerned about access to the skillsets and in-depth experience required to run today’s IT solutions, particularly those of a homogeneous nature. “Our IT estate is complicated, spanning traditional data center, hybrid cloud and edge. We need insights, tools and skills to manage our IT estate,” was a common, indeed consistent, response that we heard from our NonStop user community.

The value of cloud service providers’ elasticity of provisioning has been widely known even among the staunchest of NonStop users and yet, tapping into cloud service offering was viewed as high-risk. And with HPE GreenLake becoming the center-point of HPE’s edge-to-cloud strategy and go-to-market choice, together with the benefits of cloud economics that it offers, it was only a matter of time that the NonStop team also looked for meaningful integrations.

But what is GreenLake and how will our NonStop users benefit from its capabilities? GreenLake may bring the cloud to you but, for the NonStop user, how will it work? NonStop users will follow the routine of choosing NonStop, ordering it through normal channels, flag the order as being the GreenLake option and then install NonStop with assistance from NonStop team members.

What will be different is the presence of GreenLake Central, an external server that collects metrics from NonStop systems whereby monthly pricing can be determined. GreenLake Central provides an intuitive, self-service, point-and-click portal and management console and is the very nerve center of all things related to GreenLake. However, projecting future GreenLake capabilities including access to the many GreenLake services such as analytics and management tools will be forthcoming over time – the waves of new functionality that will continue to enhance the capabilities afforded all NonStop customers under GreenLake.

In consultation with the GreenLake team, the NonStop product portfolio will be recording actual usage of systems and associated storage and networking resources, operating system and middleware usage and applications. This is achieved through accessing an API provided by the NonStop team that is not only used internally but has been published in order for all applications to use, even those coming from the NonStop partner community. 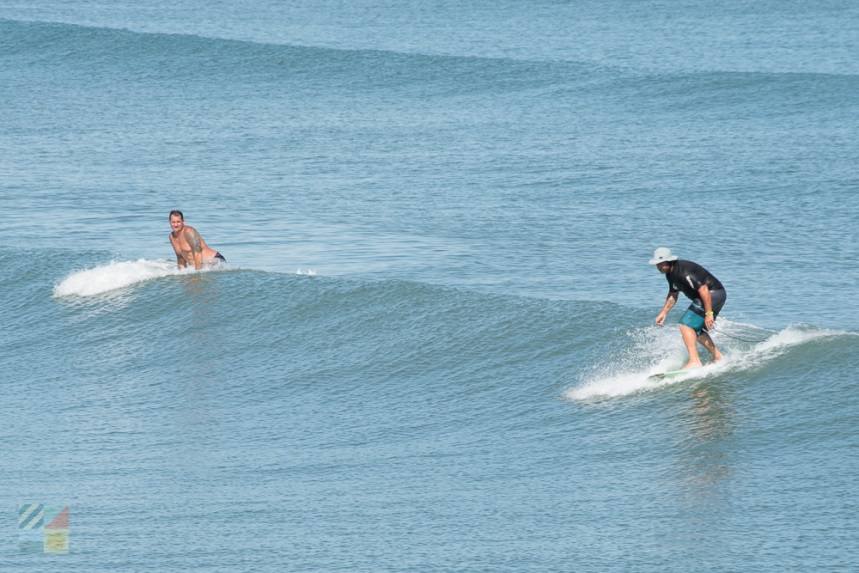 When a set of waves appears on the horizon, it is well-known to every surfer that the first wave is simply an awareness-maker. An indication that there are more, and usually bigger, waves to follow. Tumbling beneath their surfboards, experienced surfers will continue to watch for that all important high-energy cresting wave that will propel them to their destination. Sitting on a headland, high above these waves, the set can be readily seen by all those attuned to what happens next.

When it comes to those waves, our NonStop team has already begun taking steps towards closer partnering with GreenLake team having announced support of metric gathering related to GreenLake service charges as well as providing an API to access those metrics. Putting the NonStop vendor community on the same footing as our own development teams is a clear demonstration of our willingness to embrace the NonStop ecosystem at large. There are many more waves to come as metrics become finer grained, with the possibility of supporting consumption based on database accesses or even transactions processed.

Together, NonStop and GreenLake provide the NonStop community with new options that can be made to better address customers critical concerns over complexity as they embrace the world of hybrid IT. No longer do these NonStop users have to fear any lessening of access to skillsets, tools and resources. There are still many more waves appearing on the horizon driven by the winds of change capable of propelling even the most risk-averse NonStop user forward. Remaining competitive with the ability to address new business opportunities remains the goal of enterprises today and our NonStop and GreenLake teams working together will make this possible.